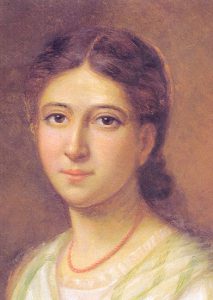 The society for the Propagation of the Faith began in France in the early 19th century. Pauline Jaricot, inspired by letters about the Missions from her brother, starts gathering together small groups — mostly workers in her family’s silk factory. She asked each member of the group to offer daily prayer and a weekly sacrifice of a sous (the equivalent of a penny at that time) for the Church’s worldwide missionary work. Pauline insisted that her efforts be directed to all the Church’s missions, that it be universal.

From Pauline’s vision came the Society for the Propagation of the Faith. The very first collection of the Propagation of the Faith in 1822 supported the vast diocese of Louisiana, which then extended from the Florida Keys to Canada, as well as the Missions of Kentucky and China. The Propagation of the Faith continues to seek prayer and sacrifice for the world’s Missions, now some 1,100 dioceses in Asia, Africa, the Pacific Islands and remote regions of Latin America. Help is offered for pastoral and evangelizing programs, for catechists and catechetical work, to build churches and chapels, for the work of Religious Communities in health care and education, and for communication and transportation needs.

The Society for the Propagation of the Faith provides material and spiritual support for mission activity that directly depends on the Holy Father. Missionaries (Religious Missionary Communities of Men and Women, Lay Missionary Groups around the world as well as bishops of designated mission dioceses) who do not have access to large funding sources appeal directly to Rome for support. The Mission Sunday Collection, Legacies, personal gifts as well as the special appeals in parishes generates funds which are sent to the National office in New York. In turn, these Funds are designated by Rome to support the needs in the Mission Dioceses. This aid is channeled through the Congregation for the Evangelization of Peoples.

More than a decade before Pauline Jaricot envisioned the idea for the Propagation of the Faith; 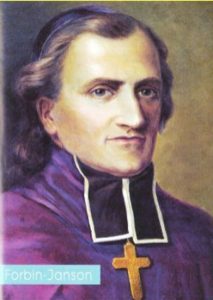 a young French nobleman — Charles de Forbin-Janson — was ordained a priest. One day in 1843, now Bishop Forbin-Janson had a talk with Pauline Jaricot about his longtime dream. In the course of the conversation, she suggested that he appeal to the children of France to help children around the world — and the Missionary Childhood Association (MCA) was born. Today, MCA continues to follow the vision of Bishop Forbin-Janson – “children helping children.” After learning about the great needs of the world’s poorest children, young people are invited to pray and to offer financial help so that children in the Missions may know Christ and experience his love and care.

The Missionary Childhood Association provides outreach to young people. Our Office for the Missions has consistently promoted various programs, designed especially for children of all ages, with the intent of creating mission awareness and gaining financial support for those who labor in behalf of the children in the mission world. In order that every age group be included in this educational program, the children and young people in each of our primary and secondary schools participate in mission awareness seminars. This requires a day to each Catholic school and an entire class period for those enrolled in religious education classes conducted for children attending public schools. These presentations are offered by the Coordinator for MCA, a full time staff member of the Office for the Missions. It is during the course of such contact with the youth of the diocese that emphasis is placed on the need for vocations in order to serve the faithful of the mission world.

Society of St. Peter the Apostle

The family of help for the Missions grew again as the 19th century was drawing to close. 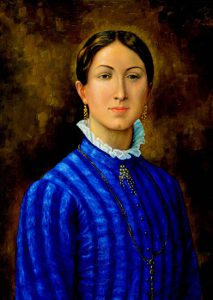 Jeanne Bigard, and her mother, Stephanie received a letter from a French bishop serving in Japan. He told of more than 50 young men preparing for the priesthood and about the difficulty he was having providing for them and trying to accommodate the growing number of young men applying for admission to the seminary. Stephanie and Jeanne began collecting funds to support those seminarians. In 1889, they established the Society of St. Peter Apostle to support mission vocations, both priestly and Religious. In the first year of its foundation, the Society of St. Peter Apostle aided some 2,700 seminarians. Today, some 28,000 major seminarians, mostly in Asia and Africa, receive an average annual subsidy of $700 per student; assistance is also provided for men and women Religious novices.

The Society of St. Peter the Apostle is one of the four Pontifical Mission Societies. Its principal aim is to encourage prayer and financial assistance for vocations to the priesthood and religious life in the missions. Stephanie Bigard and her daughter Jeanne responded to a request by a French missionary bishop of Nagazaki, Japan, asking for financial help to keep his seminary open. They contacted their friends and collected the funds for the bishop in Japan. They also helped seminaries in India, Sri Lanka, Vietnam, Korea and China. Today there are over 30,000 seminarians in about 400 major seminaries receiving help from St. Peter the Apostle as well as about 10,000 Men and Women Religious novices who receive financial assistance.

You can offer your prayers and personal sacrifices for the growth of mission vocations. You can also help young men as they prepare for the priesthood through the Society of St. Peter Apostle with a donation of $700 for a year of studies. A gift of $300 will help toward the formation of men and women novices preparing for a life of service as Religious Brothers and Sisters. You may also want to remember the Society of St. Peter Apostle when writing or changing your Will.

Contributions to the Society of St. Peter Apostle are allocated to seminaries and seminarians in mission dioceses throughout the world according to need, with certain help offered to each seminary by the number of students there. This system of allocating funds helps ensure that aid is distributed fairly and that those who are most desperately in need receive enough support. Very often, after these priests are ordained in the Missions they will serve in the very dioceses where they were born and raised. Others are asked by the ordinary (bishop) of their dioceses to serve in other areas of their native countries or in other dioceses throughout the world — even in the United States.

Missionary Union of Priests and Religious

Our story now takes us to Italy and a new century. 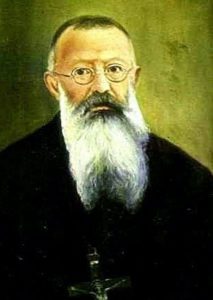 Father Paolo Manna, a PIME missionary in Myanmar (then Burma) for a decade, begins to focus on just what is needed to be missionary and to encourage others in missionary work. His study leads him to establish, in 1916, the Missionary Union of Priests and Religious. This spiritual apostolate continues to address itself today to those called to bring Catholics to a better understanding of their baptismal responsibility for the Church’s missionary work — to priests, Religious seminarians, pastoral leaders, those engaged in catechesis and religious education. In fact, the success of the efforts of the other three mission societies is linked to the vitality of the Missionary Union, because it is through this work that the missionary spirit — a spirit of prayer and generous sacrifice — is developed and nurtured.

These four societies each received the official title of “Pontifical” work in 1922, and their central administration was transferred to Rome. National offices exist now in more than 120 countries. Today, this “family” of mission societies in the Church’s primary means to inform Catholics about her worldwide missionary work and encourage their active participation — through prayer and sacrifice — in those efforts. Almost two centuries after our story began, it continues — a story of all of us together — as “one family in mission” — committed to the worldwide mission of Jesus.